Denise, a proud member of the LGBTQ community, has been a regular host and participant of the annual Pride Brunch at City Hall. She has testified at the state house in support of LGBTQ legislation and supports current efforts in creating safe spaces including the trans* public accommodations bill. She has pioneered the Cambridge LGTBQ Town Hall meetings at City Hall, which have been attended by a mix of community members and city officials, and have resulted in the City gaining a better sense of how to be more responsive to the community's concerns. The most recent of these was held in April 2017, and it was an important show of solidarity to those communities who are in danger of being marginalized by the new federal administration.

Denise was an early advocate for marriage equality in Massachusetts, and she was a leading voice in the national marriage equality movement. Denise worked to secure the position of the Commonwealth's first-ever LGBTQ Family Liaison for the Cambridge School District, and she initiated the first LGBTQ Town Meeting in Cambridge, which resulted in the establishment of our GLBT Commission and in important training around LGBTQ issues for the Cambridge Police Department, and which continues to improve our city. Denise has regularly spoken out at rallies against discriminatory laws in this country, and her passionate oratory was among the highlights of a rally at Cambridge City Hall after the Supreme Court struck down DOMA in 2013. Denise hosted a celebration inside City Hall in honor of the 5th anniversary of Massachusetts recognizing sex-sex marriages.

In her first term as Mayor, Denise hosted a panel discussion on Homophobia in the Haitian community, working to bring this important discussion to those communities that may not traditionally feel comfortable holding them. Moving testimonials by some members of the audience, as well as comments by the panelists, helped to shed light not only on homophobia in the Haitian community, but on the nature of homophobia in general. It is only through these types of community discussions that we can continue to break down barriers and intolerance, and promote a better sense of empathy and understanding. 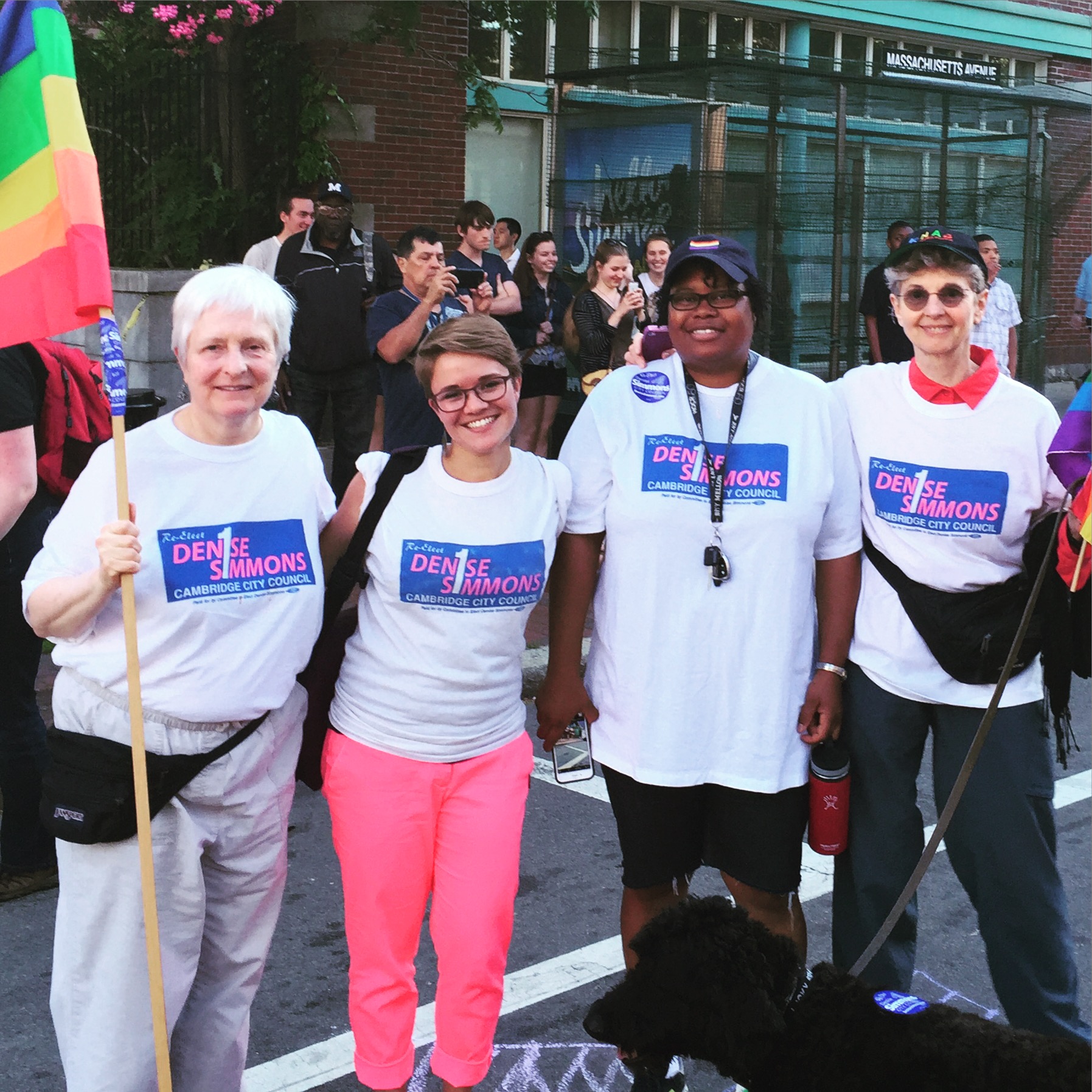