Make no mistake – Cambridge has been experiencing a white-hot development boom over the past decade. In response, the City Council has been working hard to strike an appropriate balance between the developers’ wants and the community’s needs.

As Co-Chair of the Housing Committee, Denise has led the charge on having the City Council triple the linkage fee that developers must pay into the Affordable Housing Trust, which will translate into millions of additional dollars to be put toward preserving and creating affordable housing units in the coming years. She helped lead the Housing Committee, and then the full City Council, to vote in favor of updating the City's Inclusionary Zoning Ordinance, doubling the amount of affordable units that must be included in development going forward - together, these two policy modifications will have a substantial and long-lasting impact upon helping more people find and stay in truly affordable units in the community that they call home.

The biggest housing-related items Denise led the fight to pass this term were the citywide Affordable Housing Overlay district, which will make it easier for developers (such as the CHA, Homeowners Rehab, or Just a Start) of affordable housing to acquire land and build units throughout the city; she also helped establish the position of the Housing Liaison to the City Manager, and sponsored legislation that significantly increased the amount of funding for rental assistance and legal assistance to those tenants most at risk of being evicted due to the pandemic.

Denise also worked hard to ensure that the Mass + Main project (which would go on to be re-named Market Central) provided a substantial amount of truly affordable units, more than doubling the initial offerings, and ensuring that the final project is in line with K2C2 recommendations to help revitalize Central Square. Denise has also held numerous hearings that brought the Cambridge Housing Authority and all other major area housing providers together to increase their collaboration to better address the region's great affordable housing needs. Denise was also one of the prime movers and most prominent voices on the City Council urging the City to take action on the long-vacant, blighted Vail Court property on Bishop Allen Drive. These efforts led to the City's taking this property by eminent domain in 2016, and discussions are now moving forward to determine what type of affordable housing can be constructed on the property - a win for Central Square, those seeking affordable housing, and the entire City.

Denise continues to be a true leader on the a City Council in advancing policies geared toward preserving and expanding the city's stock of affordable housing, and providing more opportunities for longtime residents to remain in the city they love. Going forward, she wants to continue working to implement more elements of the Comprehensive Housing Plan that she first released to the City Council in September 2017 – chief among these are strengthening tenant protections, looking to review and revise the tenant selection preferences for Inclusionary housing, and urging the City Manager to invest an additional $100 million towards the creation and preservation of affordable housing over the next five years. 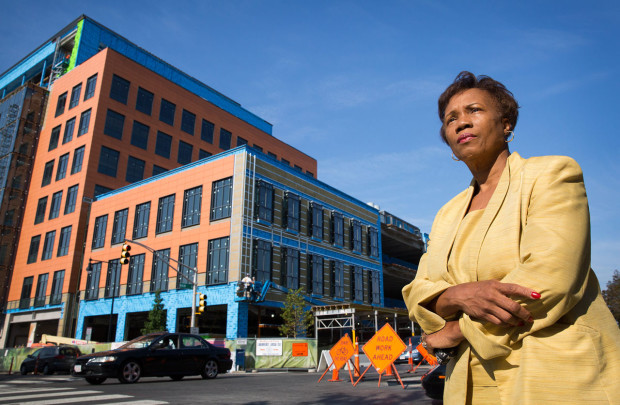